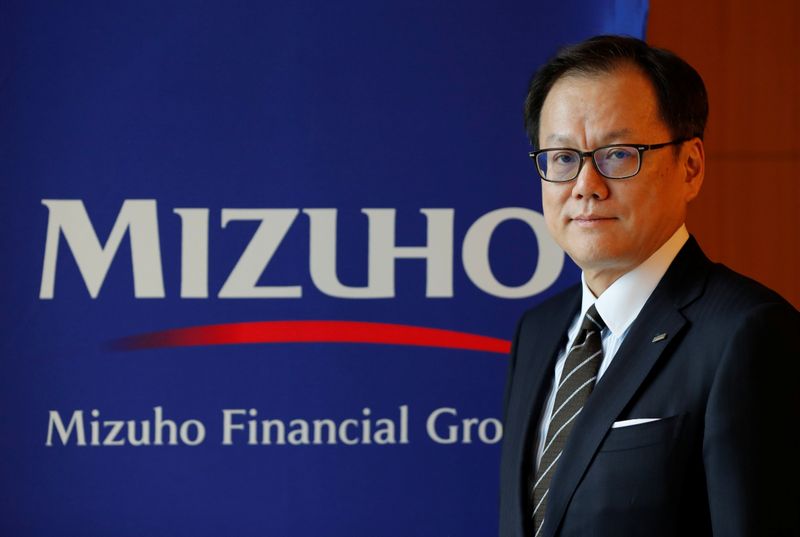 © Reuters. Mizuho Financial Group’s Chief Executive Officer Tatsufumi Sakai poses for a photo after an interview with Reuters at the company’s headquarters in Tokyo

TOKYO (Reuters) -Mizuho Financial Group Inc will revise its contingency plan for a system failure by the end of June, the lender said on Monday, after it suffered four system glitches during a two-week period from February to March.

Mizuho, Japan’s third largest lender by assets, will hold a news briefing at 0900 GMT, which will be attended by Chief Executive Tatsufumi Sakai, the bank said.

Mizuho reported a large-scale system breakdown on Feb. 28, affecting 4,318 automated teller machines (ATMs) out of 5,395 nationwide, leaving thousands of bank cards and passbooks stuck inside the devices. The bank also suffered two minor system glitches at ATMs on March 3 and 7.

The latest issue on March 11 was a hardware problem at its data centre, which delayed 263 foreign currency-denominated remittances for corporate clients, worth 50 billion yen ($451.6 million).

Mizuho later said it set up a third-party committee to investigate the series of system troubles.

Finance Minister Taro Aso said the Financial Services Agency accepted a report from Mizuho at the end of March. But the content was not disclosed to the public.

Mizuho started operating its current system in July 2019 after spending more than 400 billion yen to develop it, following large-scale system glitches in 2002 and 2011.