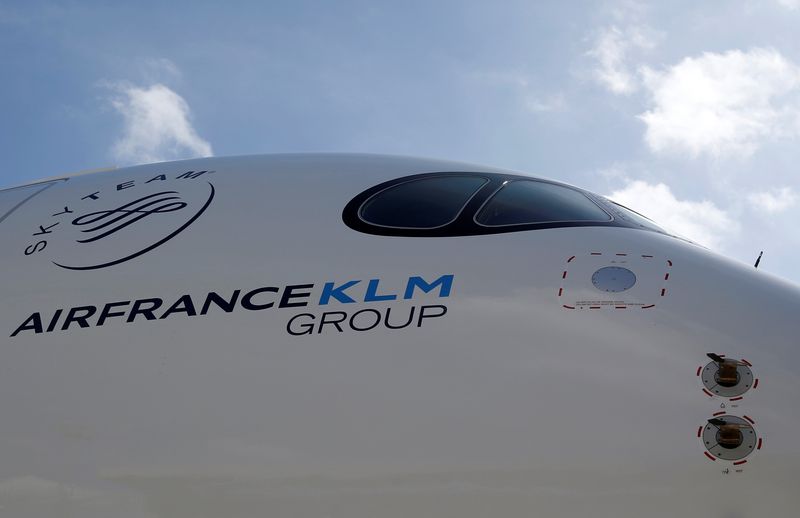 © Reuters. Logo of Air France KLM Group is pictured on the first Air France airliner’s Airbus A350 during a ceremony at the aircraft builder’s headquarters of Airbus in Colomiers

PARIS (Reuters) – The French government has reached the outline of a deal with the European Commission on a state-backed refinancing package to help strengthen Air France-KLM’s balance sheet, Finance Minister Bruno Le Maire said on Sunday.

Le Maire, speaking on LCI TV, declined to comment on the amount involved.

The airline group, which last year received 10.4 billion euros ($12.2 billion) in government-backed loans, has been discussing a multi-stage recapitalisation plan to lighten the resulting debt load, sources have said.

This will likely involve converting a 3 billion-euro French government loan into hybrid instruments.