The yellow metal GOLD prices closed at 1725.10 after placing a high of 1742.00 and a low of 1722.70. Gold extended its losses for the second consecutive session on Tuesday on the back of the US dollar’s rising strength. The US Dollar Index jumped above the key level 92 after the Federal Reserve Chairman, Jerome Powell, said that any spike in the US inflation would likely be a one-off this year. He also added that the central bank had all the tools to ensure price pressures were kept fixed to 2%.

He said that he doesn’t expect the $1.9 trillion stimulus package will lead to an unwelcome increase in inflation; however, he added that the central bank has all the tools to control the rising price pressure if essential. Powell believed that chances for increased inflation were high this year as the pandemic will recede and Americans will be able to go out and spend more. In the coming months, the economy is widely expected to surge due to widespread vaccinations against coronavirus and President Joe Biden’s $1.9 trillion stimulus package.

The Federal Reserve Governor, Brainard, said that the central bank would take a persistent approach to eliminate monetary stimulus even if the US economic recovery gains momentum. On the other hand, the Federal Reserve Governor Michelle W. Bowman said that the faster than anticipated US economic recovery might not avoid a huge loss of small businesses across the country, with federal lending and other programs possibly only helping to delay a reckoning.

Meanwhile, the Atlanta Federal Reserve President Raphael Bostic said that the fiscal and monetary stimulus running through the economy now might lead prices to jump and make inflation hard to measure in the coming months; however, it should not lead to 1970s session runaway prices. All these comments from Fed officials on Tuesday related to inflation and the US economy gave strength to the US dollar that ultimately weighed on gold prices.On the data front, at 17:30 GMT, the Current Account Balance from February remained flat with the expected -188B. At 18:59 GMT, the Richmond Manufacturing Index in March raised to 17 against the expected 15 and supported the US dollar that ultimately added further losses in gold prices. At 19:00 GMT, the New Home Sales in February dropped to 775K against the forecast 872K and weighed on the US dollar, and capped further losses in yellow metal prices on Tuesday.

Gold has been long associated with tags like a safe-haven, store of value, and inflation hedge. Still, for at least the past six months, the yellow metal has debunked such connotations. It has plunged particularly over the rising inflation fears that favored Treasury yields instead and weighed on yellow metal prices. 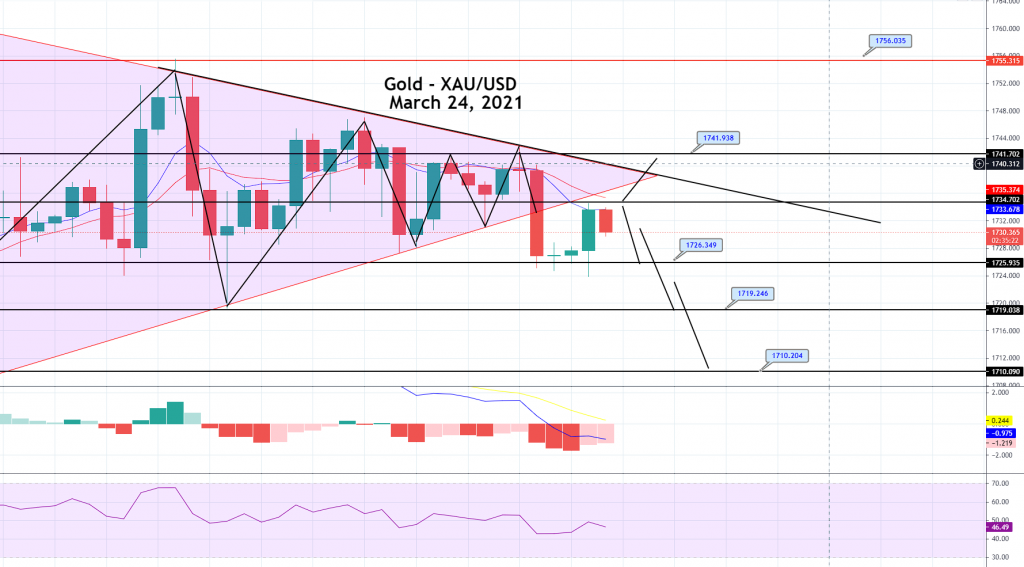 GOLD is trading with a bearish bias today at 1,732 level, facing an immediate resistance around 1,734 level. The precious metal has…

How To Mine Ethereum By DailyCoin